Modesty the New Trend on the Sands of St. Tropez?

Well-heeled travelers amid the luxury villa rentals of St. Tropez now seem to prefer covering up to baring all 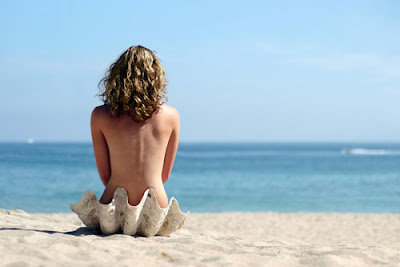 St. Tropez is known as a place of glamorous excess, where the rich frolic in the sunshine and party well into the night. In the past it was also quite famous for its topless beaches, a Cote d’Azur tradition that seems to be in decline in recent years. Vacationers from yacht owners to those staying in luxury villa rentals will have noticed that fewer and fewer women are daring to bare their breasts lately. French sociologist Jean-Claude Kaufmann has been following the issue since the 1990s and has published books about his findings. Kaufmann has recently updated his old data with interviews with a new generation of women and has not only confirmed the trend, but has attempted to work out the reasons for the cultural shift. 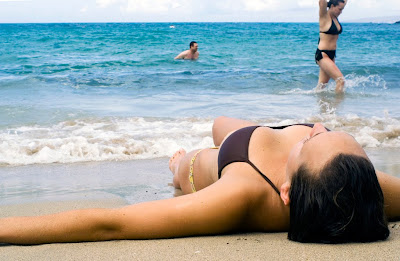 Only fifteen years ago, when Kaufmann first conducted a study on the popularity of toplessness on the Cote d’Azur, he found that the majority embraced le monokini (bottoms only) for their beach wear. The style was especially popular in St. Tropez where topless and nude beaches have been all the rage since they were introduced in the 1960s. Tahiti Beach, for instance, is constantly showing up on Top 10 Lists, from one of the best beaches on the Cote d’Azur to one of the world’s top nude beaches. The secluded Plage de Tahiti is located about four kilometers from St. Tropez’s city center and can be found along the north part of famous Pampelonne Beach. Yet, even on beaches where topless women were once everywhere, a marked downturn can be seen. The recent trends in swimwear–like the cut-out one pieces so popular in 2010 and seen in St. Tropez on the likes of Paris Hilton–also seem to support this new keep-the-top-on modesty.

Kaufmann’s new interviews have led him to draw the conclusion that, “cultural reference points have completely changed in the last fifteen years. What was once fashionable has now become old-fashioned, and young women in particular no longer think twice about stigmatizing in a very emphatic manner the ‘old women of 50’ who dare to take off their bikini tops.” Furthermore the sociologist has found the reasons for this new way of thinking include keeping a semblance of modesty as a form of seduction, the fear of skin cancer and out-and-out shyness.

According to RUE89, which published an article based on Kaufmann’s findings, it is not nudity itself that makes modern women blanch, but outright public nudity. “A tiny inlet or by a river or somewhere like that where there’s only me and maybe some people I know very well,” one woman told the publication about where she would be comfortable bearing it all. “I don’t feel at ease on a beach.” It seems that the current generation of women would be much more comfortable going topless poolside at a secluded luxury villa rental rather than a crowded St. Tropez beach.

While toplessness in the 60s was a sign of the Love Generation revolution and women’s lib, this new modesty seems to be the take of the new feminists who, while comfortable with their own bodies, prefer to only show them in more private places, like around the private swimming pool of a luxury villa rental. While everyone has their own ideas about what is fun and appropriate it seems that more and more women are choosing to cover up when in the glaring sun and the public eye.

This entry was posted on Friday, August 13th, 2010 at 2:44 pm and is filed under Entertainment, Saint-Tropez. You can follow any responses to this entry through the RSS 2.0 feed. You can leave a response, or trackback from your own site.

28 Responses to “Modesty the New Trend on the Sands of St. Tropez?”